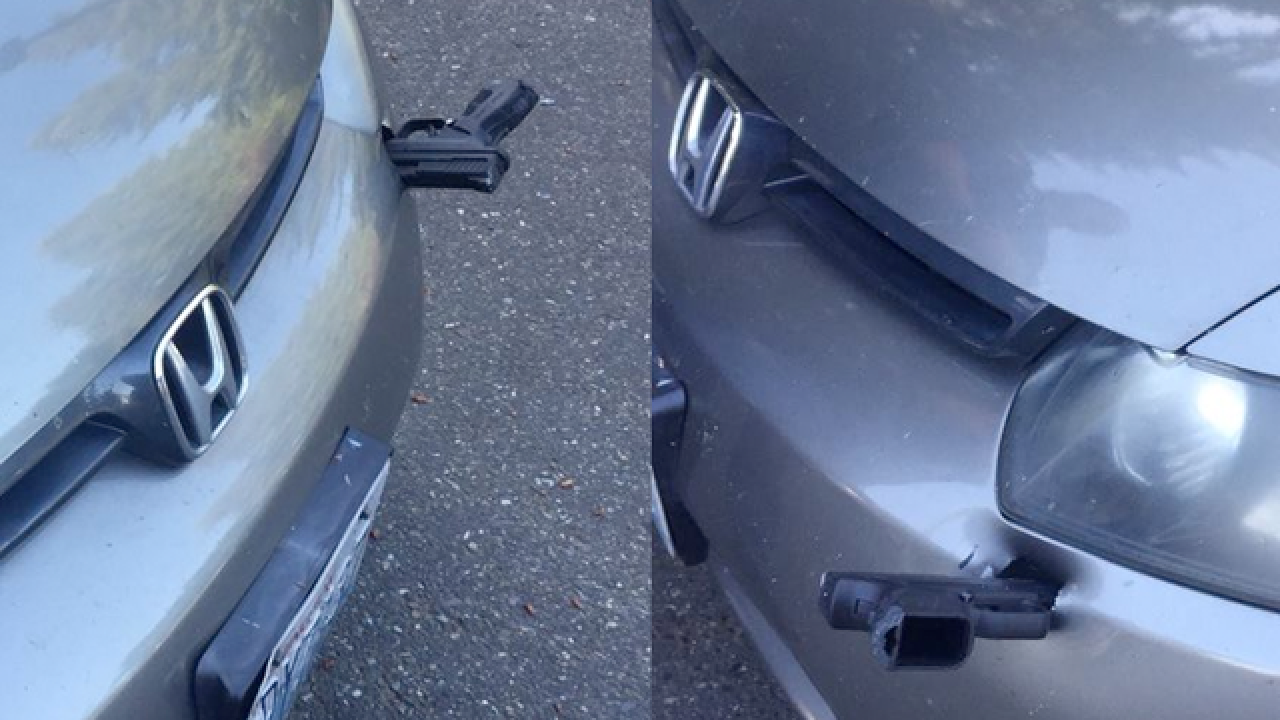 &lt;p&gt;A driver in Washington state says a gun fell from the sky and lodged in his car's bumper. &lt;/p&gt;

LAKEWOOD, Wash.--Driving on the highway, it's not unusual to hit a bug or for bird droppings to land on your car.

But what one driver found on his bumper was a shock.

A Washington state trooper says the driver saw a small, black object in the air while driving on I-5.

The motorist stopped for gas 18 miles later and discovered the object was actually a gun.

Washington State Patrol turned the gun over to the Lakewood Police Department.