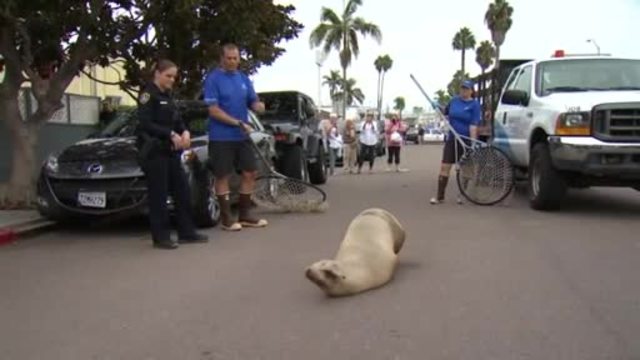 Animal experts and police are called in to remove a sea lion that stopped in the middle of a Point Loma road blocking traffic. 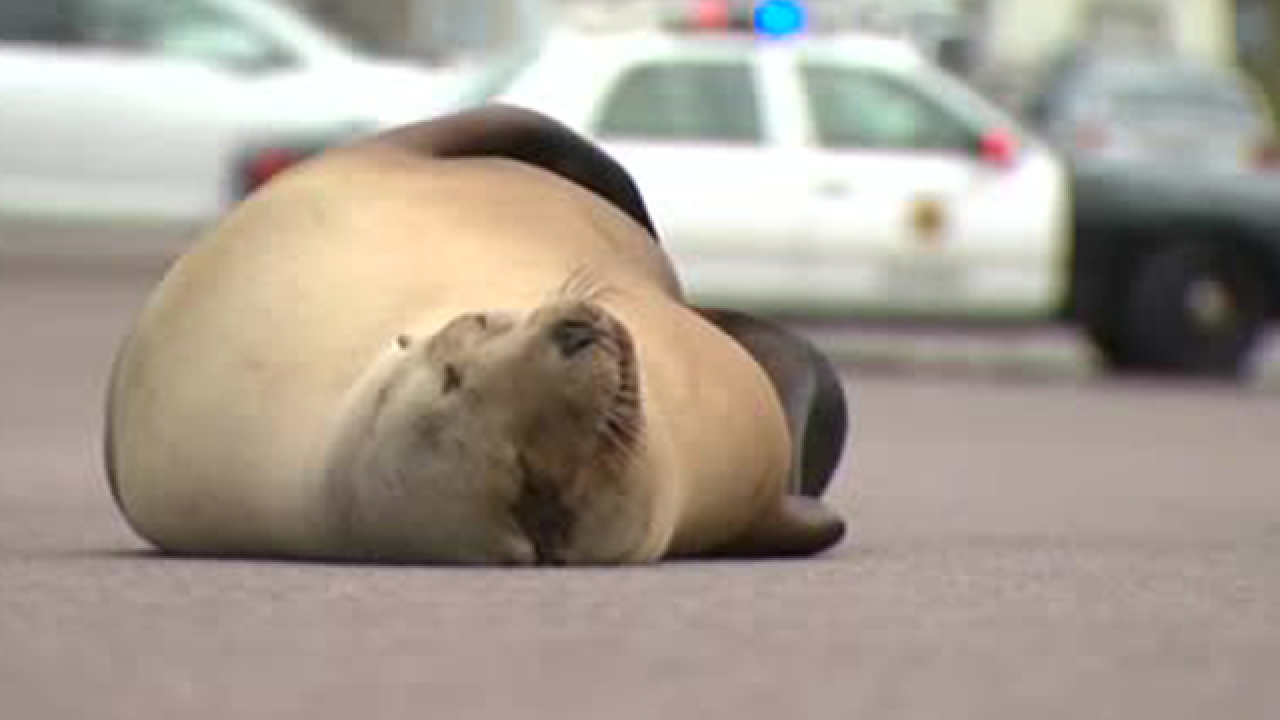 POINT LOMA, Calif.-- Why did this sea lion cross the road?

We're not really sure, but it must not have been that important because it stopped in the middle of a busy Point Loma intersection to apparently scratch its back.

Officers were called in around 3:30 p.m. Monday to find the sea lion lying on its back in the middle of the road blocking traffic.

It was in no apparent hurry to clear the intersection despite the row of cars waiting for their right of way.

A SeaWorld San Diego crew arrived a short time later, trapped the sea lion in a net, and loaded it into a cage.

A SeaWorld animal control specialist says the female sea lion didn't appear to have any injuries but did say it was odd for her to be in the street.

She was taken back to SeaWorld where the staff checked her out with plans of releasing her to the ocean.

SeaWorld says it's unusual for a sea lion to wander that far away from the bay, but the animals have been found on porches, inside hotels, and on driveways.