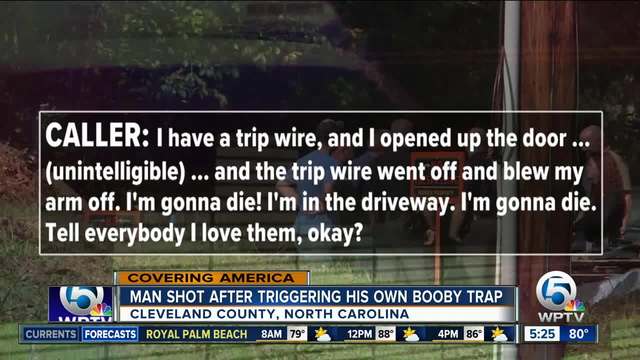 A North Carolina man who booby-trapped his backdoor with a shotgun shot himself when he opened the door. 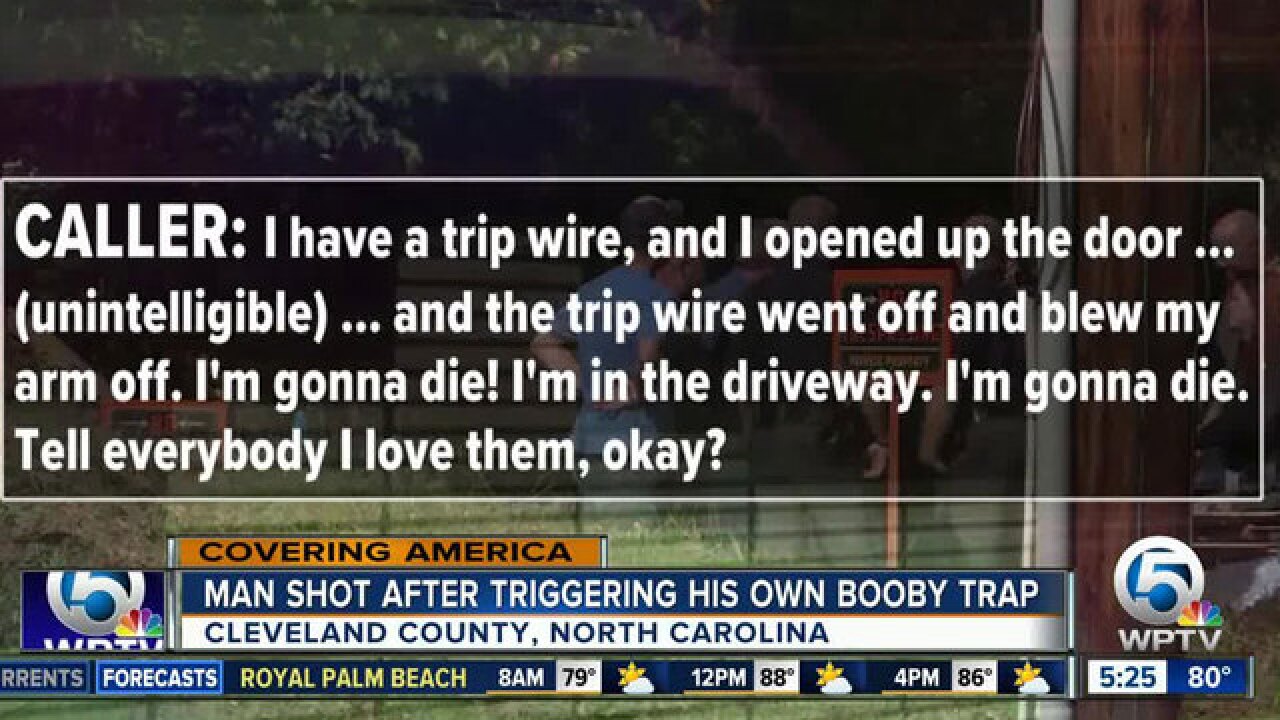 (WCNC/NBC) - A North Carolina man suffered a severe arm injury after getting shot by his own booby trap Monday morning.

Cleveland County, North Carolina, authorities said a 68-year-old man was caught in his own trap around 11:30 a.m.

Edwin Smith had booby trapped his back door with a shotgun, only to have the contraption backfire on him when he opened the door to feed some squirrels.

When the weapon discharged, he was struck in right arm.

During a 911 call, Smith repeatedly exclaimed how fearful he was of losing his life to the gunshot wound.

"I have a trip wire, and I opened up the door and the trip wire went off and blew my arm off. I'm gonna die! I'm in the driveway. I'm gonna die. Tell everybody I love them, OK?" Smith said during a call to 911.

He was taken to an area hospital to be treated. His condition has not been released.