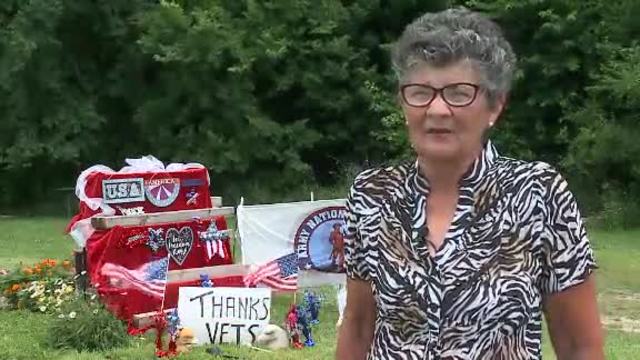 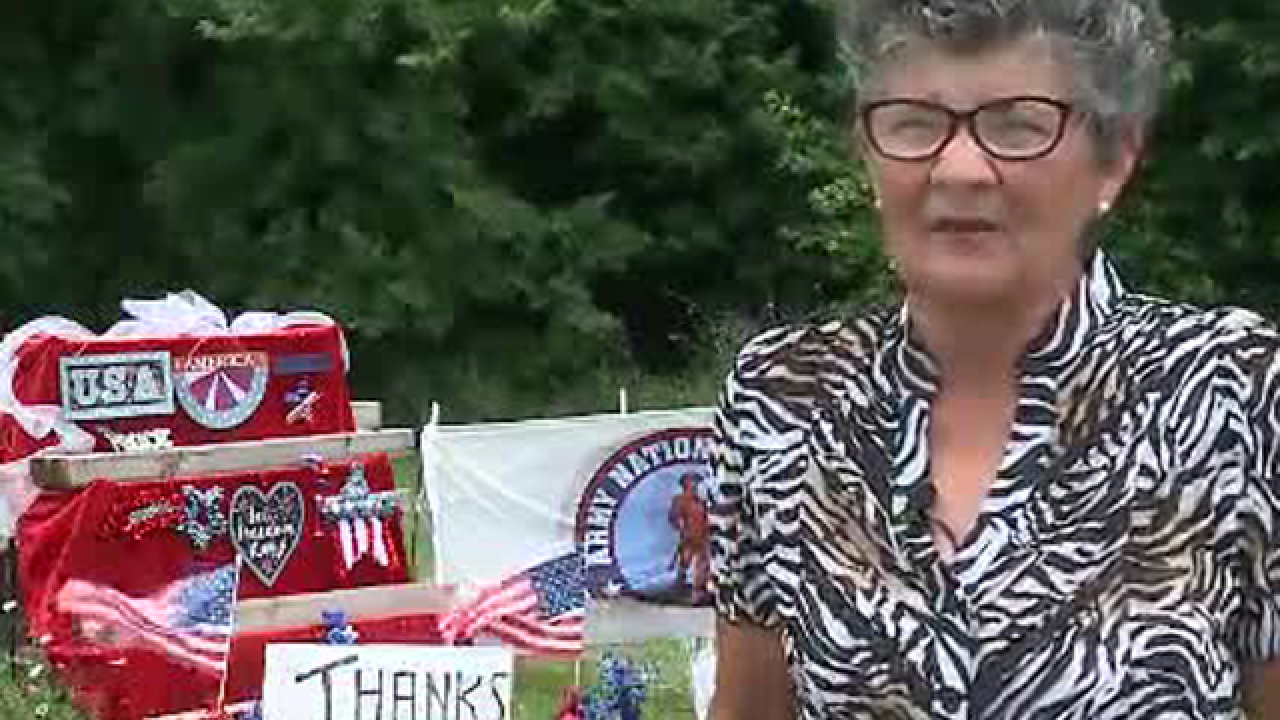 She's the woman who planted the veteran's garden on busy 7th street.

But the patriotic tribute is in jeopardy of being removed. The city gave Duncan a ticket for violating a Denison code.

Mayor Jared Beymer explained the ordinance: "We passed a code earlier this year dealing with signs in the right of way. It was intended for garage sale signs."

But the controversial citation is dividing the community over whether the display should be taken down.

"Freedom Avenue is what my husband and I like to call it," said resident Jennifer Zupo-Smith.

The mayor said people complained about the upkeep. "We didn't expect to ruffle feathers. We just was following-- our code enforcement officer was just following the rules and doing his job," the mayor said.

Duncan won't give up on her garden. It's her special way to thank American heroes for their sacrifice to our country. "I don't have kids I don't have family or animals. I have a veterans garden that I put my heart and soul into."

The veterans garden will remain up until the city council addresses the issue at a meeting.