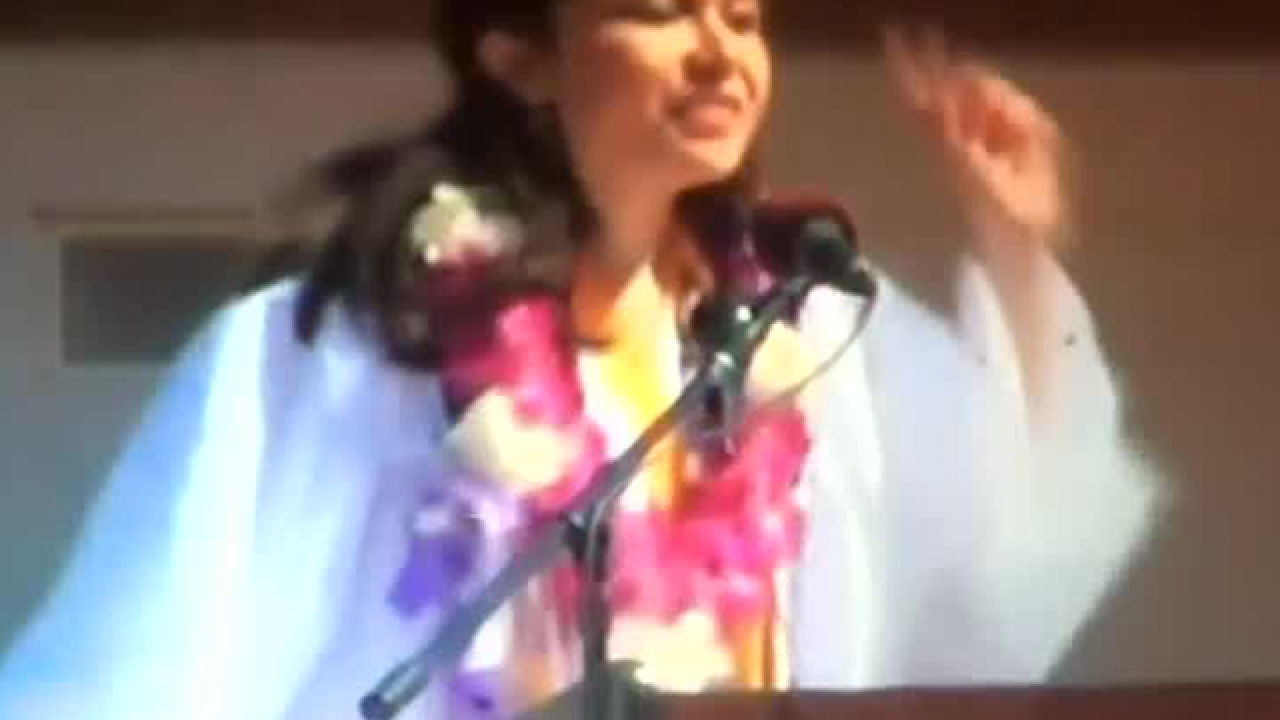 &lt;p&gt;Petaluma High School valedictorian Lulabel Seitz said that she was "unfairly cut off" for trying to address the silencing of victims of sexual assault.&lt;/p&gt;

School officials silenced the sound system after she veered off a preapproved speech.

Seitz said later that she was "unfairly cut off" for trying to address the silencing of victims of sexual assault, something she said she experienced on the campus.

The Press Democrat of Santa Rosa reported that many of the graduates wearing purple and white robes stood up, cheered and chanted "let her speak" as she tried to finish her speech June 2nd.

Students also clapped in support and shouted as she returned to her seat in the front row during the ceremony on the school football field.

Seitz said she was "appalled" that the school had pulled the plug on her address, though officials said all speakers had been warned the microphone would be muted if they went off message.