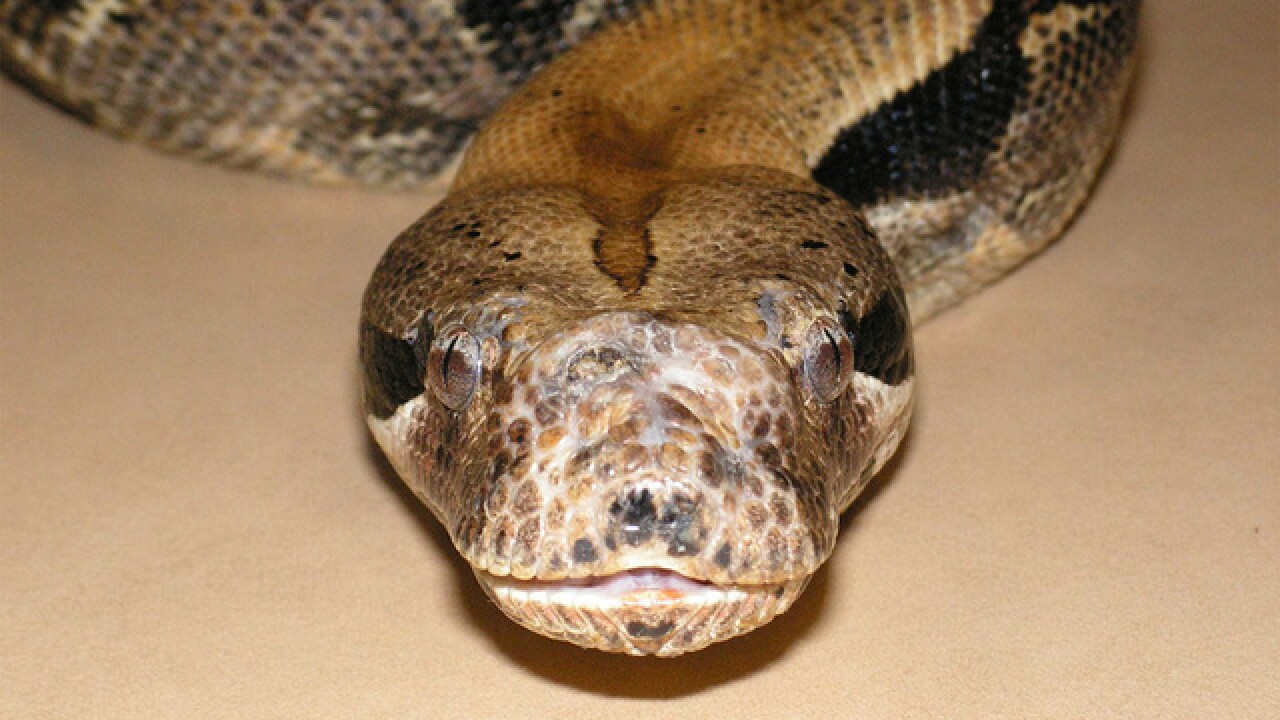 PULASKI, N.Y. (AP) — A central New York man got a rude awakening when a large snake fell from his bedroom ceiling and landed on him while he slept.

The state Department of Environmental Conservation says Wednesday that one of its officers responded to a call on June 29 from a man who says a snake had fallen on him while he was sleeping in his apartment in the Oswego County village of Pulaski (puh-LAS'-keye), 35 miles (56 kilometers) north of Syracuse.

DEC officials say the officer determined a 6-foot-long red-tailed boa constrictor had escaped its enclosure in an apartment. The agency says the snake fell from the ceiling of the downstairs apartment, where it landed on a man sleeping in bed.

The snake has been returned to its owner.