Local groups preparing for influx of immigrants to South Florida 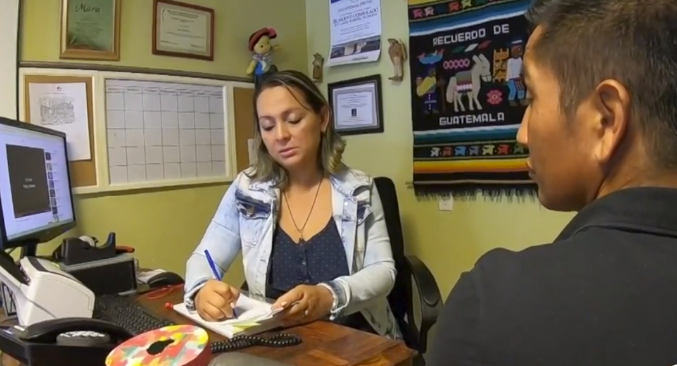 Local non-profits are reacting to the news that hundreds of immigrants will be released in Palm Beach County and Broward County later this month. 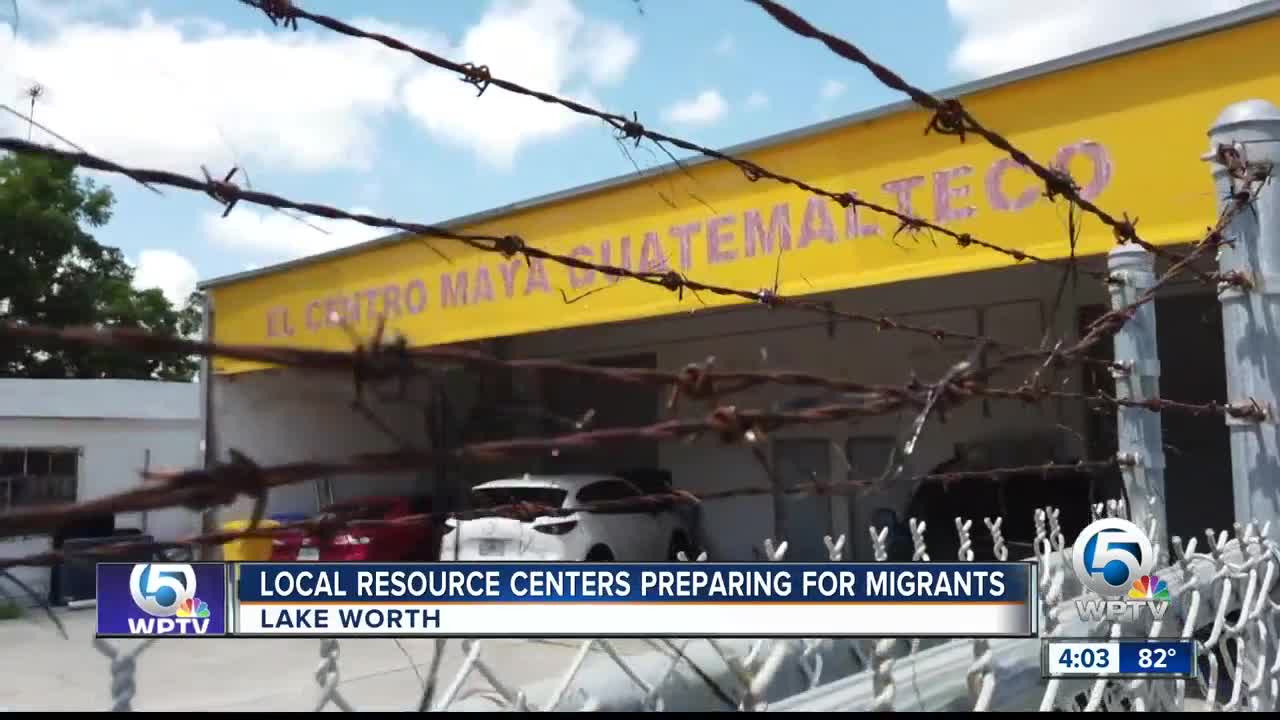 PALM BEACH COUNTY, Fla. — Local non-profits and other organizations are reacting to a controversial new plan to relocate hundreds of illegal immigrants from the U.S.-Mexico border to Palm Beach and Broward Counties.

The U.S. Border Patrol announced the plans to local sheriff's departments in an effort to alleviate problems at the border in Texas. Hundreds are expected to be flown in, processed, and released into the community in the coming weeks and months.

Romulo Culajas Chamale, 40, is one of those people who journeyed in the caravan that arrived in Texas.

"I came with nothing," he told WPTV's Alanna Quillen, speaking through a translator.

Chamale said he’s been through more than most can imagine since fleeing poverty and violence in his native Guatemala. He hoped to seek a better life.

“What you suffer from the most is hunger and thirst," Chamale said.

Chamale said he arrived in Palm Beach County just one week ago, after immigration officials detained him at the Texas border.

"They asked me if I wanted to go to Florida and I said yes, because I thought my friends would be here, but they weren’t," Chamale said.

He said he was given a bus ticket and arrived in the Palm Beach County area last weekend. But when he got here, he had nowhere to go.

With no food, no money, and only the clothes on his back, Chamale slept on the streets and begged deputies who found him to deport him back to Guatemala.

"It was too much for him," said Yazmin Rojas, Romulo's case worker.

But instead, he was dropped off at the Guatemalan Maya Center.

The Guatemalan Maya Center is now preparing for what could be a humanitarian crisis. Although they said they have not contacted by county officials, the non-profit wants to be prepared for the influx of hundreds of families, many of whom head straight to the center when they need help.

"We try to help these families from the bottom up," said Daniel Morgan, a case manager for the center.

The center finds housing for individuals and families, provides food and clothing, offers daycare and schooling connections for children, and even finds clients jobs and work opportunities.

Housing and work are often the hardest needs to find for families, Morgan said.

“Especially for someone who is undocumented. Without a social security number, you can’t get a background check, so it’s hard finding someone to rent to you," Morgan said.

That's why volunteers like Rojas often step up to offer their homes to families in need.

“I love to help people. Because we are human beings. So we need more people as a volunteers, we need more donations," Rojas said.

With the pending crisis, the center is looking for housing, volunteers, and donations to help ease the strain on the community when the families arrive in Palm Beach County.

“We definitely have a lot of work ahead of us. We look forward to helping the families." said Morgan. "When we need help, we reach out to the community and provide that assistance."

Chamale's life is very different from just six days ago when he was homeless and sleeping in the rain. The center took him to the Guatemalan Embassy in Miami to get him set up with paperwork and identification, and even found him work and a place to live.

“We have to help each other out, the best way we can," he said. “Thanks to my case manager, I have an opportunity.”

The center is in need of donations of volunteers, food, clothes, diapers and other items. Click here for more information on how to get involved, or call 561-547-0085.

El Sol, a non-profit in Jupiter helping immigrant and migrant families released a statement regarding Palm Beach County receiving immigrants from the border:

El Sol, Jupiter's Neighborhood Resource Center (El Sol) is a local non-profit organization that exists to improve the quality of life for the residents of Jupiter and surrounding communities by providing services primarily to day laborers, their children and families. At this time we have not received any formal notifications about this news but will cooperate with the Town of Jupiter Officials, Police Department, and other local and county authorities as is our standard policy. El Sol will continue to operate normally, following our established policies and guidelines. We will respond appropriately as the situation evolves and prepare to do our part in any county-wide initiative that may arise.