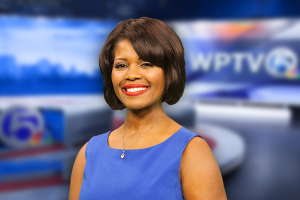 Keli Ferguson, née Fulton, is an Emmy award-winning sports anchor for ESPN 106.3 on WPTV and FOX29 in West Palm Beach, FL. The move to the Palm Beach County duopoly is actually Ferguson's second stint with the TV station. From 2011-2014, Keli was the morning traffic and noon anchor for WPTV/FOX 29.

Before returning to West Palm Beach, Keli spent 16 months as an anchor/reporter at CSN Mid-Atlantic. Keli has also covered sports in the San Francisco Bay Area, Jackson, TN, Little Rock, AR, and New Orleans, LA where she covered the Saints run to the Super Bowl in 2009.

When she is not on air, or acting as the office manager at her husband's law firm, the Whittier College graduate spends time relaxing with her husband Edwin and their son Xavier.