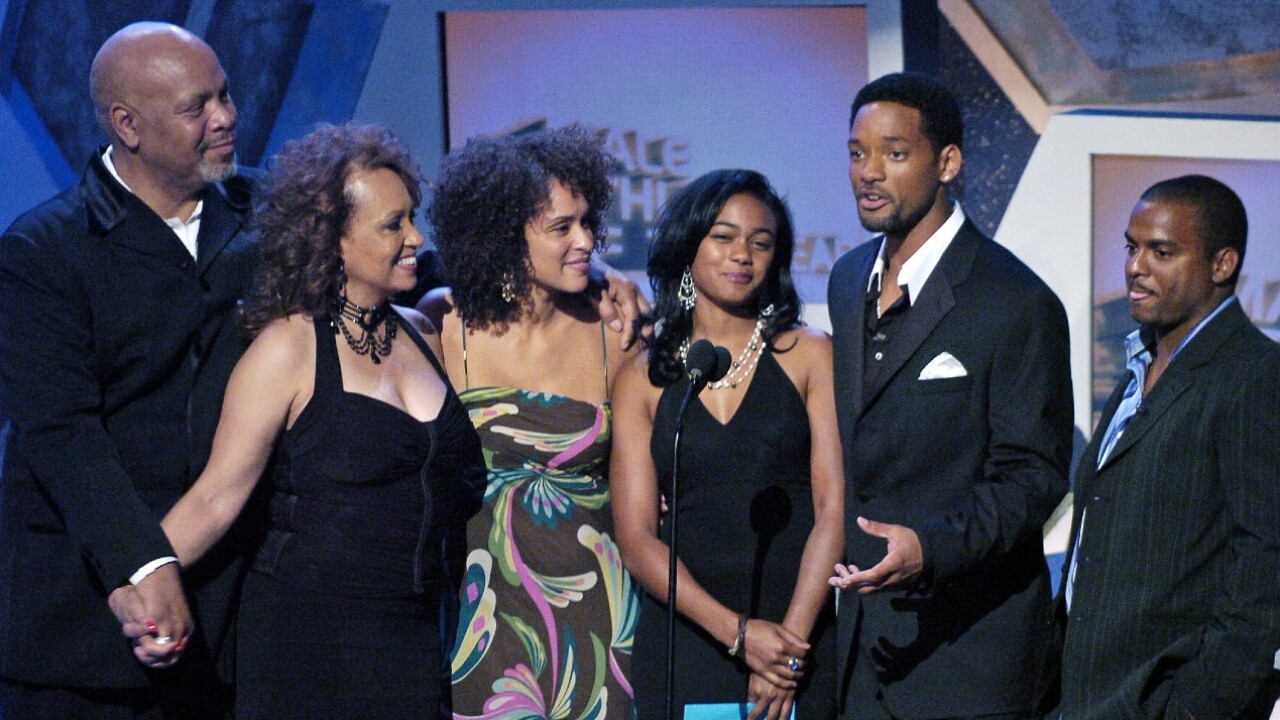 AP Photo/Chris Pizzello
Host Will Smith, second from right, is joined by members of the original cast of the television comedy series "The Fresh Prince of Bel-Air" during the 5th annual BET Awards on Tuesday, June 28, 2005, in Los Angeles.

Actor Will Smith, who became a household name after starring in “The Fresh Prince of Bel-Air,” shared photos from a cast reunion celebrating 30 years since the show launched.

The actor posted, “Today is exactly 30 YEARS since The @FreshPrince of Bel-Air debuted! So we’re doin’ something for y’all… a for real Banks Family Reunion is comin’ soon to @HBOmax! RIP James. #FreshPrince30th” with a photo of the cast reunited.

Smith, along with members of the original cast like Alfonso Ribeiro (Carlton), Tatyana Ali (Ashley), Karyn Parsons (Hilary), Joseph Marcell (Geoffrey), among others, are filming an unscripted special to air on HBO Max.

Sadly, James Avery, who played Uncle Phil, won't make an appearance. He passed away in 2014 due to complications from open-heart surgery.

The special will feature the cast looking back at the series and the cultural impact it had, and is expected to be released around Thanksgiving. HBO's release says music, dancing and some surprise guests are also in store.

All episodes of “The Fresh Prince” are streaming on HBO Max, which launched in May. The comedy ran for six seasons on NBC.

A reboot of the sitcom is also reportedly in the works. It will stream on NBC’s service Peacock.