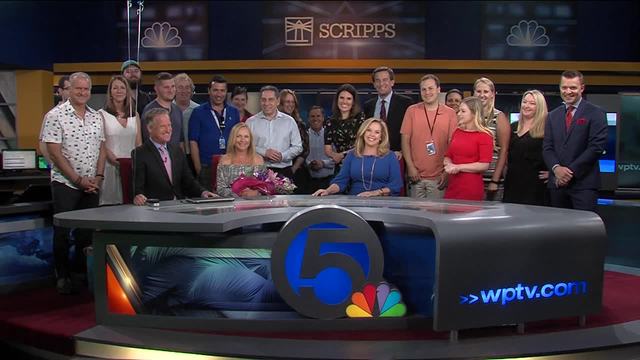 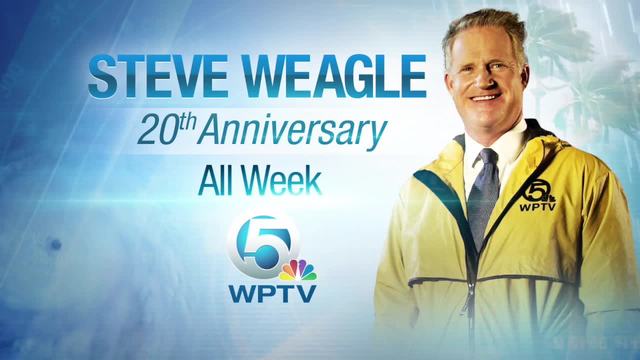 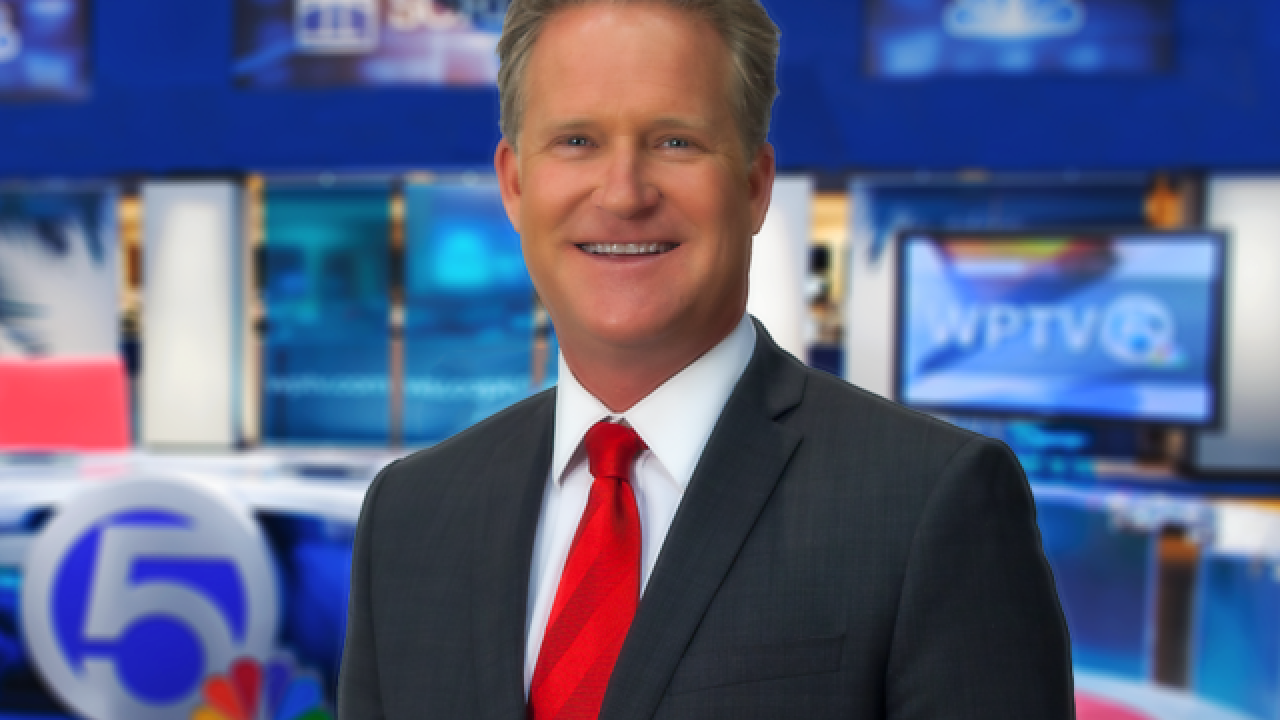 WPTV Chief Meteorologist Steve Weagle is celebrating 20 years at the station this week.

Born and raised in Nova Scotia, Canada, Weagle joined WPTV in 1998 and has made South Florida his home ever since.

In the following two decades, Weagle has appeared at countless community events as an emcee and has given many public lectures about hurricane season and preparedness.

He recently completed his 20th annual Steve's Ride for the Red Cross, biking from Sebastian to Boca Raton over the course of five days to mark the beginning of hurricane season and to raise money for the disaster relief organization.

This year's ride raised $162,000 for the American Red Cross, which the organization is using to buy a Next Generation Emergency Response Vehicle.

His career highlights include 2004's Hurricane Frances, where he talked South Floridians through the storm for almost 67 hours straight. Then later that month Hurricane Jeanne came, and once again, Weagle was on air for days keeping the public informed about the storm.

Then 2005 brought Hurricane Wilma and a direct hit to our area. Again, Weagle served as a calming and informative voice for the community for days on end. A lull in hurricane activity ended in 2016 when Hurricane Matthew skirted the South Florida coast and Weagle again guided South Florida through many frightening hours.

Most recently, he led WPTV's coverage of Hurricane Irma in 2017. From Friday, Sept. 8 through Monday, Sept. 11, Weagle and the other meteorologists were on the air non-stop, keeping the community updated as that storm came and went, causing billions of dollars in damage.

Based on that experience, Weagle was invited to participate at the 2018 Governor's Hurricane Conference, where he talked about covering the storm, mass evacuations and the changing role of social media in storm coverage.

In 2014, Weagle took a break from his Ride for the Red Cross to take the citizenship oath and became a U.S. citizen.