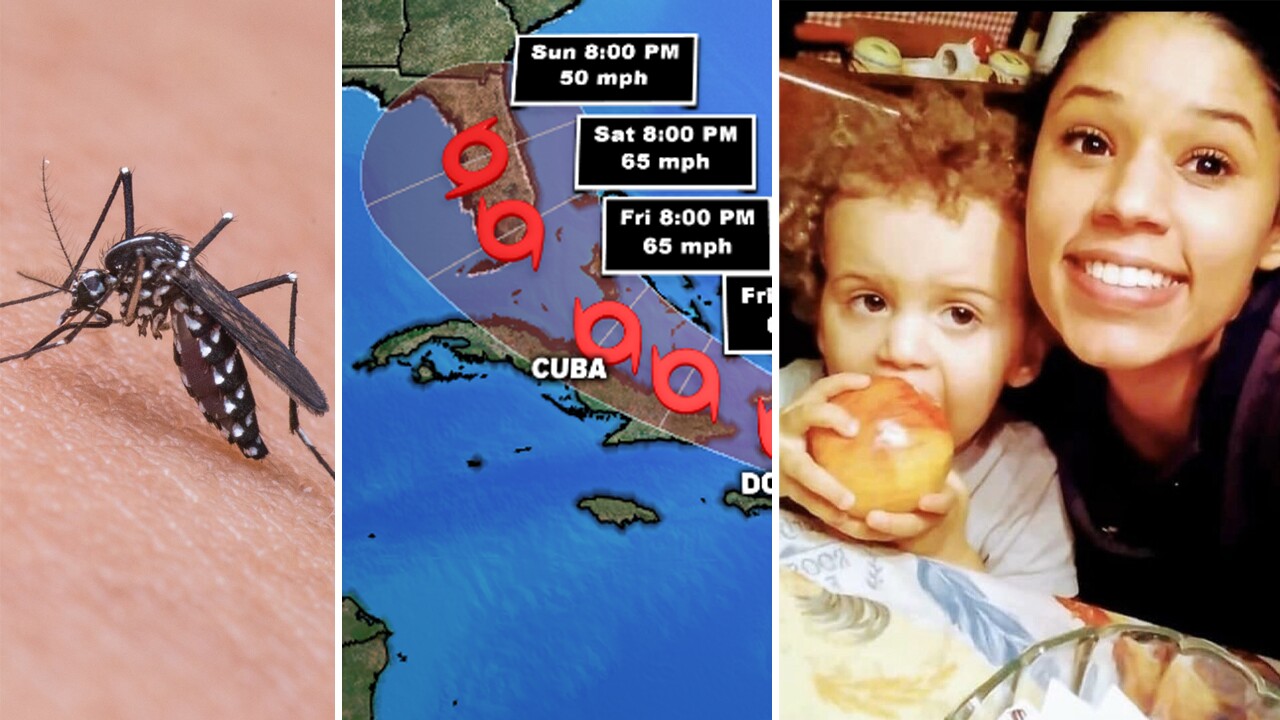 1. Will Florida see its first 2020 Tropical Storm this weekend? Meteorologist Kahtia Hall explains
Potential Tropical Cyclone Nine is moving west-northwest and is expected to gain some strength, becoming Tropical Storm Isaias (ees-ah-EE-ahs) sometime today before either moving over or around Puerto Rico.

By tomorrow, Tropical Storm Isaias will moving toward Hispaniola where it will be running into rugged mountains which may limit strengthening of the storm.

By the weekend, it will approach Florida. Still uncertainty as to the exact track of the storm, considering there's no real center of circulation, so models aren't able to initialize properly.

Police are actively searching for Leila Cavett and are concerned for her safety and well-being. Her family says they haven't heard from Cavett and she doesn't live in Florida, but they recognize the boy as her son.

She was last seen driving a white mid-to-late-90s Chevrolet 3500, with a maroon or red tailgate. Anyone with information on her whereabouts is urged to contact the Miramar Police Department at (954) 602-4000 and press 0 for communications.

3. Florida records a new record-high number of coronavirus deaths
Florida's record 186 newly reported deaths and 9,230 cases, the third day in a row they were under five digits, were the most in the nation Tuesday, representing 15 percent of the total in each category.

The death toll also passed 6,000 among residents. Deaths have hit triple digits all within the past few weeks, including the previous record of 173 last Thursday.

Initially, the emergency order said if you violated the mask mandate, you could have faced fines along with a second-degree misdemeanor charge.

County leaders voted Tuesday morning to remove the misdemeanor charge and keeping the fines in place. Residents can still be fined $25 for the first offense, $62.50 for the second offense and $125 for the third offense.

The case was discovered after the victim donated blood last week, which tested positive for West Nile antibodies.

The Florida Department of Health advised residents there has been a recent increase in mosquito-borne disease activity in areas of Palm Beach County.

Today's Forecast
This morning, temperatures starting off in the mid-upper 70s under partly cloudy skies and isolated showers. This afternoon, highs in the upper 80s-low 90s, partly sunny skies and low rain chances.

On This Day In History
The U.S. Congress passes legislation establishing the National Aeronautics and Space Administration (NASA), a civilian agency responsible for coordinating America’s activities in space, on July 29, 1958.