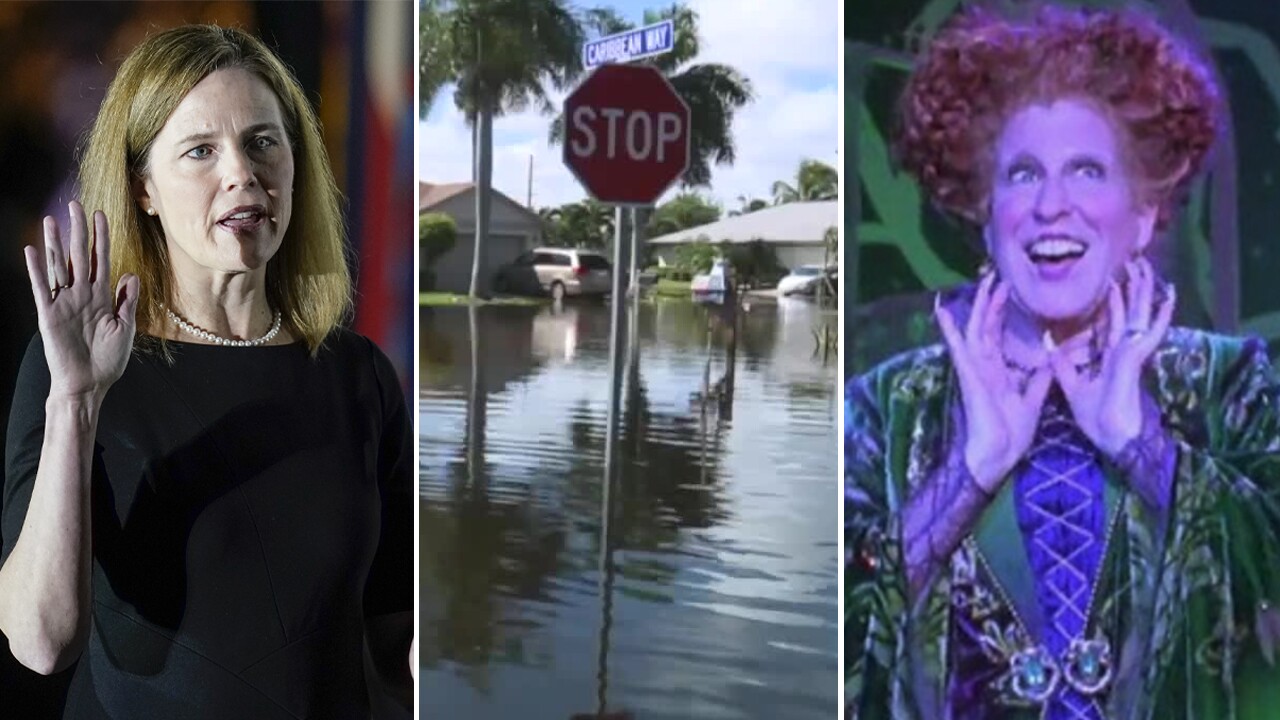 1. And then there were nine
Conservatives now hold a decisive edge on the Supreme Court after the Senate voted in a near party-line vote on Monday to confirm Amy Coney Barrett to the highest court in the US.

The lone dissenting vote came from Republican Susan Collins of Maine, who is facing a tough re-election bid for her seat.

President Trump hosted a swearing in ceremony at the White House nearly an hour after Monday's confirmation vote.

2. 1 Week Until Election Day: Reports of voter intimidation near Lantana
Outside the early-voting location at the library on Lantana Road, Republican supporters insist they are not breaking any laws or intimidating and respecting the 150-foot rule on no campaigning near the voting site.

"They were having folks shouting in their face about abortion, about how they were supporting terrorists, two or three different people called today from incidents in the last hour and a half," said Luis Garcia, a supporter of Joe Biden.

Elections supervisor Wendy Sartory Link said she heard about the complaints and takes them seriously.

"They'll stand at 150 feet and 1 inch, and they'll get on a megaphone, and we're not allowing that. If we learn about, that we're going in and stopping that because right into a voter's face is definitely harassment, and we're not going to have that," Sartory Link said.

Some say shouting at early Florida voting sites is intimidating

The virus is blamed for more than 8.6 million confirmed infections and over 225,000 deaths in the U.S., the highest such totals anywhere in the world.

Deaths are still well below the U.S. peak of over 2,200 per day in late April. But experts are warning of a grim fall and winter, with a widely cited model from the University of Washington projecting about 386,000 dead by Feb. 1. A vaccine is unlikely to become widely available until mid-2021.

Coronavirus deaths are rising again in the US, as feared

4. The rain has finally stopped, but not before wreaking havoc
More than 300 homes in Lantana have been impacted by severe flooding after more than 15 inches of rain has fallen in the last week.

Palm Beach County is assisting the town and pumped out more than two million gallons of water over the past two days. Two months' worth of rain has fallen in a week causing streets to flood, and some people have been unable to leave their homes because the water is still so high.

The average amount of rainfall for West Palm Beach in October is 4.41 inches. This October we saw 13.89 inches.

Hundreds of homes impacted by flooding in Lantana

5. Not Just A Bunch Of Hocus Pocus: Bette Midler confirms sequel
The Sanderson Sisters are hoping to put a spell on you, 27 years later. The original cast of "Hocus Pocus" is reuniting for a sequel.

The movie won’t be the first time the Sanderson Sisters would be reuniting. Midler, Sarah Jessica Parker, and Kathy Najimy are coming together, as their “Hocus Pocus” characters, for a special live, one-night-only virtual event, “In Search Of The Sanderson Sisters,” which is set for Friday.

No official word yet on when Disney would release the sequel.

Today's Forecast
Finally, a break in the rainy pattern, drier air expected through the end of the work week.

On This Day In History
On October 27, 1962, the United States and Soviet Union stepped back from the brink of nuclear war.

Since President John F. Kennedy’s October 22 address warning the Soviets to cease their reckless program to put nuclear weapons in Cuba and announcing a naval “quarantine” against additional weapons shipments into Cuba, the world held its breath waiting to see whether the two superpowers would come to blows.

Soviet leader Nikita Khrushchev responded to the quarantine by sending a long and rather disjointed letter to Kennedy offering a deal: Soviet ships bound for Cuba would “not carry any kind of armaments” if the United States vowed never to invade Cuba.