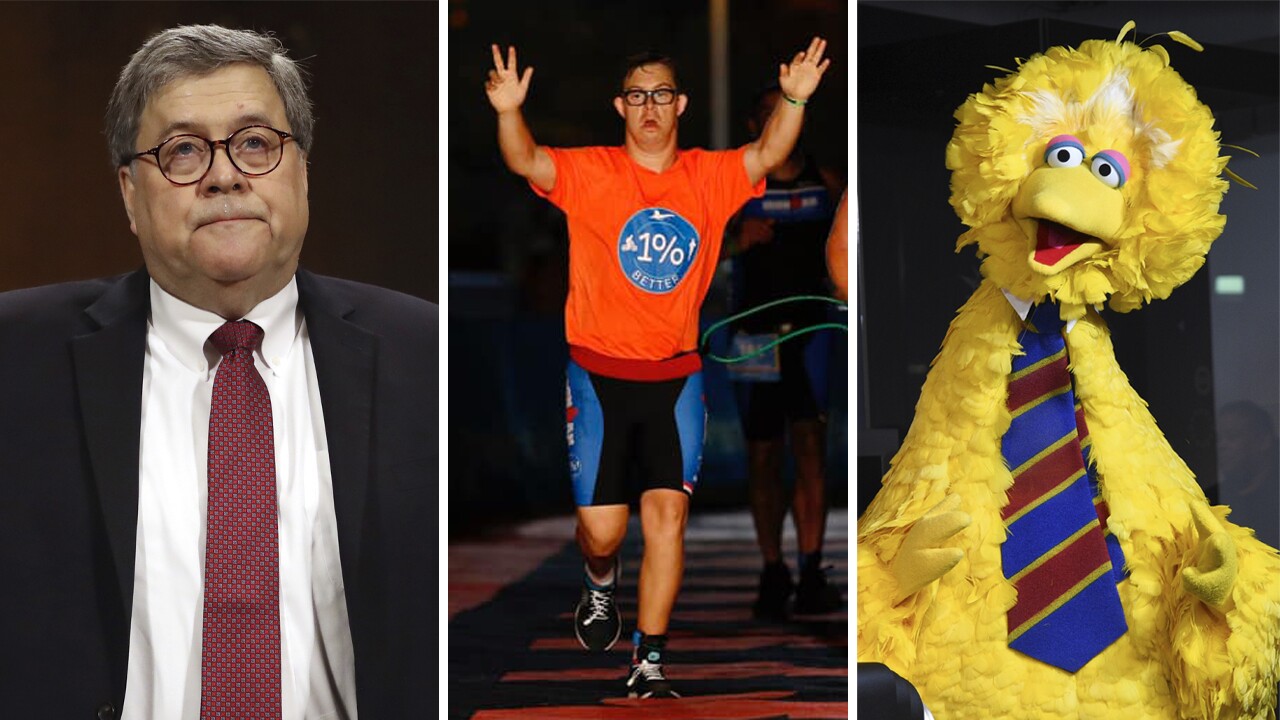 1. History Made: Florida man becomes first Ironman with Down Syndrome
Chris Nikic has officially set a new Guinness World Record. He’s the first athlete with Down syndrome to complete a full triathlon.

Nikic finished Saturday’s 2.4-mile swim, 122-mile bike and 26.2-mile run in 16 hours, 46 minutes and nine seconds. He needed to complete the race in 17 hours to earn the title of Ironman.

Nikic’s story has been an inspiration all across the world. Several parents of children with Down syndrome have reached out to the 21-year-old athlete through social media.

2. The Bad news: Florida seeing coronavirus spike
Florida's first-time coronavirus daily positivity rate increased by nearly 2 percentage points to 8.07 and Palm Beach County soared from 5.9 percent to 8.6, the highest in three months. The state considers anything above 5 percent in the "danger" threshold.

Florida's total of 847,821 cases is 8.4 percent of the total infections in the U.S., which passed 10 million Monday, though the state only comprises 6.5 percent of the population.

Fauci’s declaration came on the same day Pfizer said that its Phase 3 vaccine candidate was showing an effectiveness of over 90%. Fauci said the announcement was promising, but a few more questions need to be addressed before it is given approval.

Given that Pfizer’s vaccine candidate is showing a high level of effectiveness, Fauci called the development “extraordinary.”

Some likely to receive COVID-19 vaccine by end of 2020

4. Barr OKs election probes despite little evidence of fraud
President Trump has declined to concede the presidential race and is mounting legal fights, but there has been no indication or evidence of voter irregularities or widespread fraud in the election.

Attorney General William Barr has authorized federal prosecutors across the U.S. to pursue allegations of voting irregularities before the 2020 presidential election is certified, despite little evidence of fraud.

International observers from the Organization of American States say they saw no instances of fraud or voting irregularities in the U.S. presidential election.

A proposed change to a city ordinance would require a pet shop to follow an adoption-based model for the sale of dogs, cats, or rabbits.

Animals would have to be sourced from stray and unwanted pets, like those taken in by an animal shelter or rescue.

On This Day In History
On November 10, 1969, “Sesame Street,” a pioneering TV show that would teach generations of young children the alphabet and how to count, makes its broadcast debut.