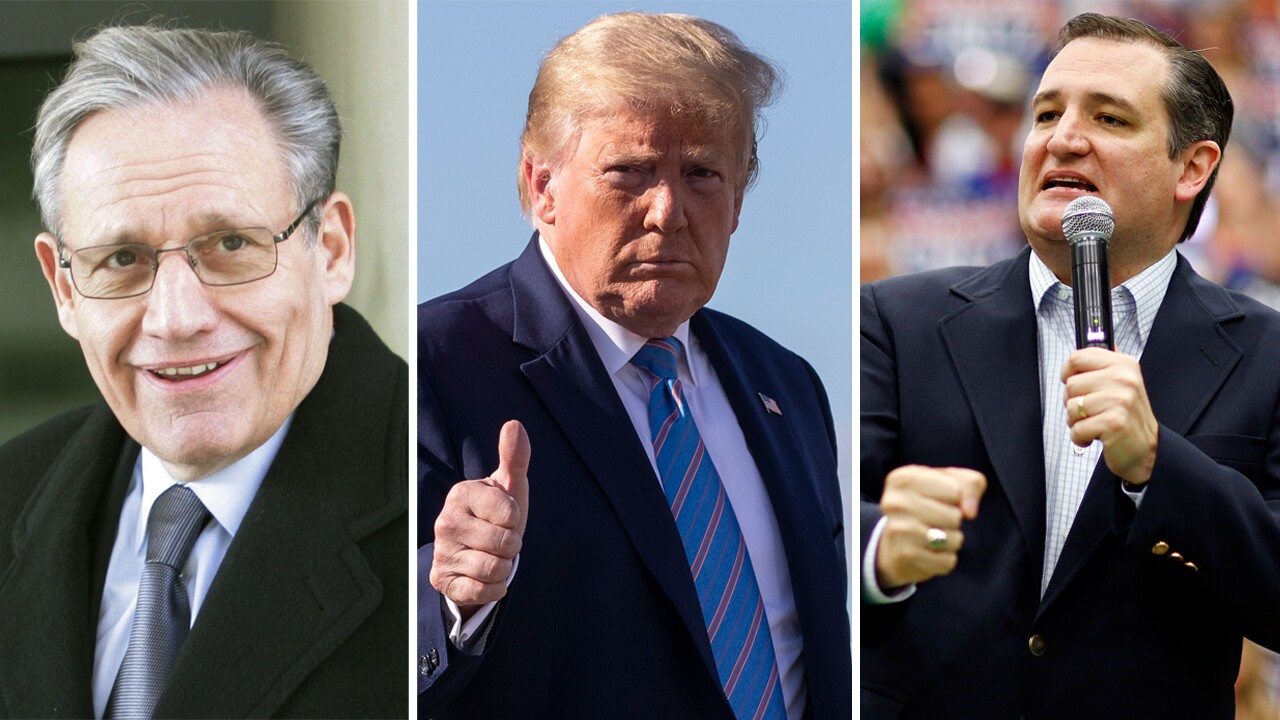 1. The tapes heard around the internet: Trump knew coronavirus was deadly, 'downplayed' pandemic
The audio files were made by journalist Bob Woodward, during several conversations with Trump in early 2020.

According to the audio files, Trump told Woodward on Feb. 7 that the coronavirus was reported to have airborne transmission and that COVID-19 was more deadly than a "strenuous flu."

He also told Woodward that he "always wanted to play it down," because he "didn't want to create a panic."

2. Hurricane season is peaking with not many names left on the list
Today is the peak of hurricane season with six spots of interest, but no immediate threat to South Florida.

Tropical Storms Rene and Paulette are expected to strengthen into hurricanes, but stay out to sea.

Two waves off of Africa have a high chance of formation. A disorganized area of showers and storms around the Central Bahamas will move towards the peninsula tomorrow. After it moves past Florida, it has a low chance of formation once it moves into the Gulf of Mexico.

3. There's no SCOTUS vacancy, but here's who Trump would pick if there was
President Trump has announced he is adding 20 names to the list of Supreme Court candidates that he's pledged to choose from if he has future vacancies to fill.

Despite their feud during the 2016 Republican primary that included personal attacks about his family, Sen Ted Cruz of Texas was included on the list with Sens. Tom Cotton of Arkansas, and Josh Hawley of Missouri.

Ambassador to Mexico Christopher Landau and lawyer Noel Francisco, who argued 17 cases for the Trump administration, also made the list.

U.S. Rep. Geraldine Thompson, D-Fla., filed a lawsuit to invalidate the appointment of Francis because she had not been a member of the Florida Bar for 10 years, as required by the state Constitution.

5. Trick-or-treat? Los Angeles doesn't chose treat and others may follow
After previously announcing that traditional trick-or-treating wouldn't be allowed in Los Angeles this Halloween due to COVID-19 risks, the city backtracked slightly, now simply recommending against the annual event.

Originally, the L.A. County Department of Public Health made the announcement this week, saying the holiday tradition wouldn't be permitted because it would be too difficult to maintain proper social distancing on porches and at front doors, especially in popular neighborhoods.

On This Day In History
On September 10, 2008, scientists successfully flip the switch for the first time on the Large Hadron Collider (LHC) at the European Organization for Nuclear Research (CERN) lab in Geneva, kicking off what many called history’s biggest science experiment.

The 17-mile underground ring, located beneath the Swiss-French border, sends particle beams at the speed of light, causing them to collide and recreate debris caused by the Big Bang.