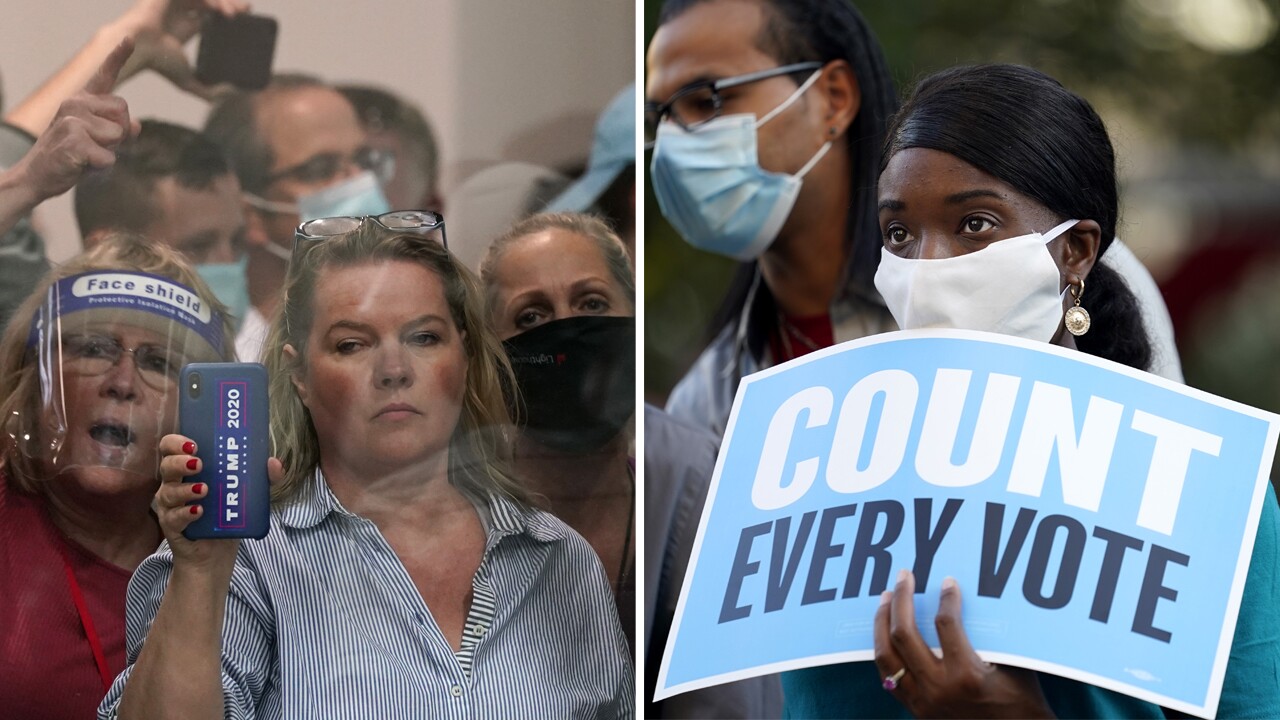 1. Hurricane Season Isn't Over: Eta heads towards South Florida
Tropical Storm Eta has weakened to a tropical depression. It's expected to move back over water tomorrow where it will restrengthen back into a tropical storm.

Scattered showers and storms and windy conditions are possible over the weekend as moisture associated with Eta moves into the area.

On the NHC latest track, Eta is expected to make its closest approach to Florida on Monday and Tuesday as a tropical storm.

2. What we STILL don't know: Who won the presidential election
How many electoral votes do each candidate have? Depends on who you ask. Fox News and the AP have projected Arizona for Biden, giving the Democratic candidate 264 electoral votes. That puts Biden just six votes shy of the 270 needed to win.

Most other media organizations haven't made a call in Arizona yet, but Biden leads there by just over 2% with 86% of the estimated votes reported.

3. How's everyone handling the close race?
The day after the election, the Trump campaign says it has filed lawsuits Wednesday in Georgia, Pennsylvania and Michigan, and will ask for a recount in Wisconsin, where Biden had a close victory.

Several large pro-Trump protests converged at election counting locations in Michigan and Arizona on Wednesday, one was to "stop the count" and the other was to "keep counting." Meanwhile, “Count Every Vote” protests spread in other cities, in opposition to Trump’s call to stop the vote counting in several battleground states.

Joe Biden said in a speech Wednesday that his campaign believes it’s clear that they’re on track to win enough states to reach the 270 electoral votes needed to win the presidency.

Problems arise as challengers descend on Detroit's TCF Center, not allowed in due to capacity

4. Fact vs Fiction: Conspiracies pop up as race tightens
On Wednesday morning, a viral post on Twitter claimed that there were more ballots cast in Wisconsin than registered voters. As the Wisconsin Elections Commission helped to explain, this claim is not supported by data.

The tweet, which has since been removed, claimed that there were only 3,129,000 registered voters in Wisconsin. However, that number is from the 2018 midterms.

The election commission said the State of Wisconsin had 3,684,726 active registered voters as of Nov. 1. That is higher than the number of ballots counted so far, which is 3,240,275.

5. Tragedies strike the Treasure Coast, South Florida
In non-election news, it's been a tragic few days in our viewing area. You can read more on these local stories, by clicking on the links below.

On This Day In History
Remember, remember the 5th of November.

On November 5, 11605, King James I of England learns that a plot to explode the Parliament building has been foiled, hours before he was scheduled to sit with the rest of the British government in a general parliamentary session.

At about midnight on the night of November 4-5, Sir Thomas Knyvet, a justice of the peace, found Guy Fawkes lurking in a cellar under the Parliament building and ordered the premises searched. Some 20 barrels of gunpowder were found, and Fawkes was taken into custody. During a torture session on the rack, Fawkes revealed that he was a participant in an English Catholic conspiracy to annihilate England’s Protestant government and replace it with Catholic leadership.