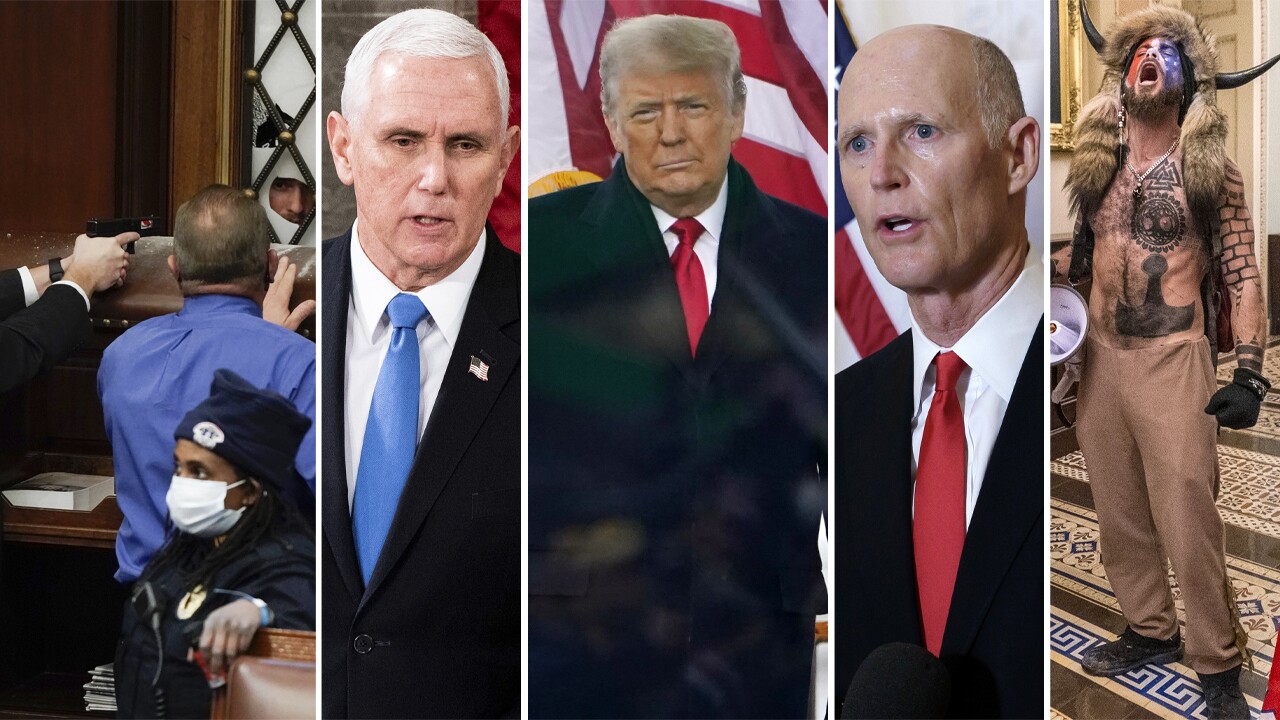 1. Biden's victory confirmed, Trump promises "an orderly transition on January 20th"
President-elect Joe Biden’s victory was confirmed early Thursday morning in a joint session of Congress, but not before a historic interruption by violent protesters that disrupted the counting of Electoral College votes for six hours.

Meanwhile, exactly two months after Biden was named the projected winner based on election results, through a spokesperson, President Donald Trump acknowledged his election loss early Thursday morning in the closest thing he's said to concession.

White House Deputy Chief of Staff for Communications Dan Scavino shared Trump's statement on Twitter. The president is not currently able to send tweets from his account.

"There will be an orderly transition:" President Donald Trump acknowledged his election loss after President-elect Joe...

2. So the vote went smoothly then? No.
After the House and Senate reconvened, GOP members failed to have a member of the Senate join in objections to the counting of electors from the states of Georgia, Michigan and Nevada. But Sen. John Hawley objected to the state of Pennsylvania, which caused the two bodies to return to their separate chambers to debate the objection.

A small group of House lawmakers came close to physically fighting. Rep. Morgan Griffiths, R-Va., objected after Rep. Conor Lamb, D-Pa., said a breach of the Capitol by an angry mob earlier in the day was “inspired by lies, the same lies you are hearing in this room tonight.”

Rep. Jake LaTurner, R-Kansas, was pulled from the session of Congress as he was tested positive for the coronavirus, according to his official Twitter account. LaTurner was among members of the House of Representatives who voted on an objection to counting the Electoral College votes from the state of Arizona.

3. The Fallout: 4 people died, pipe bombs and Molotov cocktails found
Pro-Trump protestor Ashli Babbitt was shot as a group of protesters tried to rush through a barricaded door inside the building. She was hospitalized with a gunshot wound and later died.

On Tuesday, she told her Twitter followers, "Nothing will stop us....they can try and try and try but the storm is here and it is descending upon DC in less than 24 hours....dark to light!"

Police say pipe bombs and a cooler with Molotov cocktails were recovered, and at least 52 people were arrested after Trump supporters stormed the US Capitol on Wednesday.

4. What about our local representatives?
U.S. Rep. Lois Frankel, D-Florida, spoke softly while barricaded inside a dark room in the U.S. Capitol Building on Wednesday described the unfolding and tense situation in Washington, D.C. as "out of control."

U.S. Rep. Ted Deutch, D-Florida, speaking to WPTV while locked down in his office at the Rayburn House Office Building said he wasn't surprised the violence escalated so quickly.

U.S. Rep. Brian Mast, R-Florida, spoke to WPTV anchor Michael Williams while locked inside his office at the Rayburn House Office Building. He called the breach of the U.S. Capitol "un-American" and "anti-Patriotic."

U.S. Sen. Marco Rubio, Republican
Rubio tweeted that "there is nothing patriotic about what is occurring on Capitol Hill. This is 3rd world style anti-American anarchy." Rubio also called on President Trump to "restore order by sending resources to assist the police and ask those doing this to stand down."

U.S. Sen. Rick Scott, Republican
Scott tweeted, "everyone has a right to peacefully protest. No one has a right to commit violence. What happened today at the Capitol is disgraceful and un-American. It is not what our country stands for." Scott later tweeted that "the thugs who stormed the Capitol today and incited violence should be arrested and prosecuted to the fullest extent of the law."

Gov. Ron DeSantis, Republican
"Violence or rioting of any kind is unacceptable and the perpetrators must face the full weight of the law. The Capitol Police do an admirable job and I thank them for their hard work," DeSantis said in a written statement.

On This Day In History
Congress sets January 7, 1789 as the date by which states are required to choose electors for the country's first-ever presidential election. A month later, on February 4, George Washington was elected president by state electors and sworn into office on April 30, 1789.