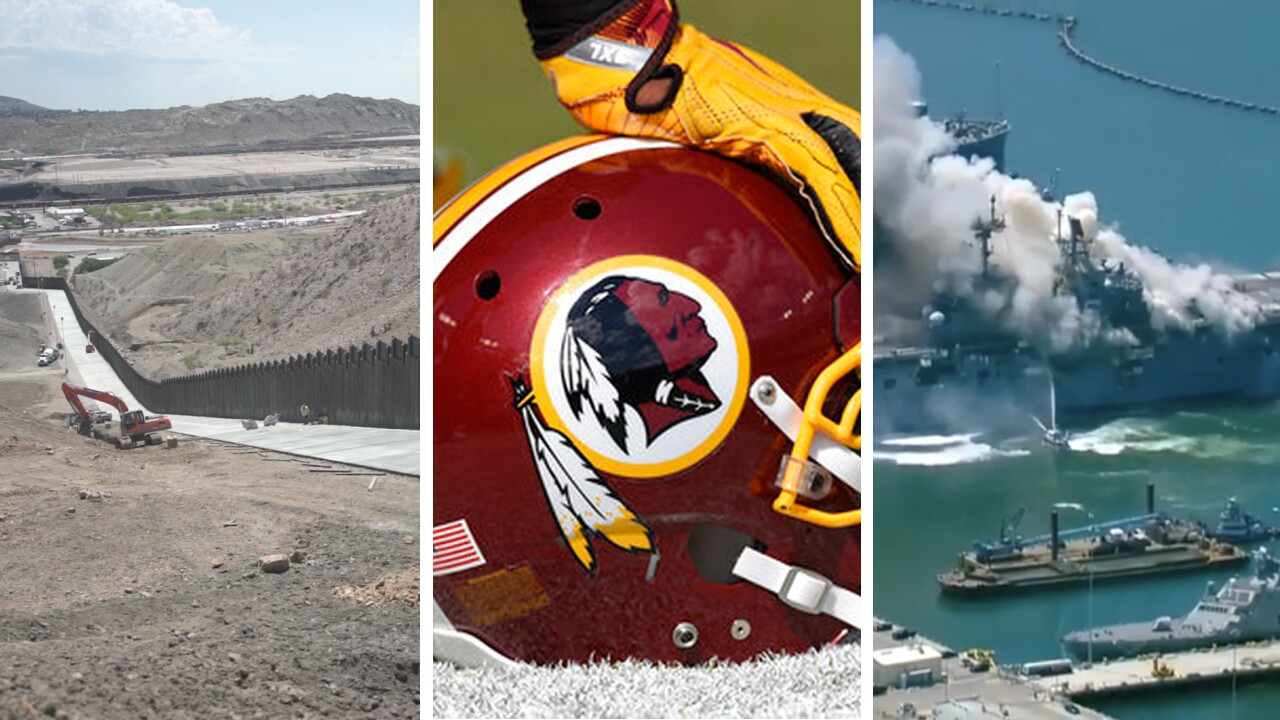 Since the first two cases were announced four months ago on March 1, Florida's total has surged to more than 1 percent of the state's population.

2. Walt Disney World reopens amid growing coronavirus concerns
"The Most Magical Place on Earth" has reopened after nearly four months with new rules in place to help prevent the spread of COVID-19.
Disney's new rules include mandatory masks and social distancing. Visitors will need reservations to enter a park, and they won’t be allowed to hop between parks. Both visitors and employees will receive temperature checks when they enter. Fireworks shows and parades have been suspended to prevent drawing too many people together.
Park-goers said that nearly everyone in sight wore masks Saturday morning. Capacity is nowhere near where it is under normal circumstances, they said.

Officials said about 160 sailors and officers were on board the USS Bonhomme Richard— far fewer than the thousand typically on the ship when it’s on active duty.

4. Trump rips private Texas border wall built by his supporters
President Donald Trump criticized a privately built border wall in South Texas that's showing signs of erosion only months after going up, saying it was "only done to make me look bad," even though the wall was built after a months-long campaign by his supporters.

The group called "We Build the Wall," raised $25 million online for the wall. Former Trump chief strategist Steve Bannon joined the group's board and Trump ally Kris Kobach became its general counsel. The group ultimately provided about $1.5 million for the project and Kobach said in a previous court hearing that his group was mostly providing "social media cheerleading."

The company that built the private section in January, North Dakota-based Fisher Industries, has since won a $1.3 billion border wall contract from the federal government, the largest award to date.

5. Reports: Washington Redskins to announce name change Monday
Washington's NFL team will get rid of the name ‘Redskins’ on Monday, according to multiple reports.

It's unclear when a new name will be revealed for one of the league's oldest franchises. The team launched a ‘thorough review’ of the name July 3.

Today's Forecast
Isolated to scattered rainfall this morning and this afternoon, hot and humid.

On This Day In History
The hashtag #BlackLivesMatter first appears, sparking a movement on July 13, 2013.

Outraged and saddened after the acquittal of George Zimmerman, the Florida man who killed a Black teenager in 2012, Oakland, California resident Alicia Garza posts a message containing the phrase "Black lives matter."

The phrase and the hashtag were then quickly adopted by grassroots activists and protests all across the country, particularly after the subsequent killings of Michael Brown, Eric Garner and a number of other African Americans at the hands of police officers or would-be vigilantes like Zimmerman.