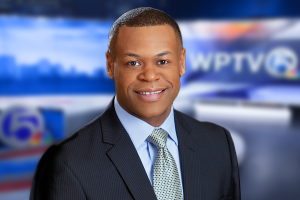 Jason Pugh’s journalism career began while he was studying Mass Communications at Florida Atlantic University in Boca Raton. He concentrated his studies in television and newspaper writing and was heavily involved in the campus radio station.

Pugh parlayed his radio experience into a job with ESPN 760, a sports radio station in Florida that gave him his first on-air break in 2007. He began anchoring sports on television a few years later, hosting his radio sports talk show during the day then anchoring evening sports for WPTV in the evenings. At WPTV, Pugh was the anchor, producer, editor and photographer for the 6 p.m. and 11 p.m. sportscasts. In 2011, he also began anchoring sports for WFLX, the FOX station there as well.

Throughout his career, Pugh has been involved in covering high school and college sports. He covered high school football for the Florida High School Athletic Association Radio Network and served as the color commentator for the Florida Atlantic University football radio broadcast on ESPN 760. He also wrote for The Palm Beach Post for five years.

In 2012 Pugh joined NBC 4 (WRC) in Washington, D.C., as a weekend sports anchor and reporter. He covered everything on the D.C. sports landscape. From the Redskins, Capitals, Nationals and Wizards to college and high school sports. He was the host of Redskins Final, Redskins Showtime and Sports Final during his time with the station.

After his time at WRC, in 2017 he worked for TuneIn Radio as the station's NBA host. That season Pugh worked alongside former NBA players like Caron Butler, Antoine Walker and Rex Chapman, among others.

In 2018 Jason rejoined ESPN West Palm 106.3 and NewsChannel 5 as a sportscaster.